For the tenth time in 2022, Mazars published its annual CEE Tax Guide that offers up-to-date information on taxation in 22 European countries, including labor costs, corporate profit taxation, and transfer pricing. The guide serves long-term investment decisions by analyzing long-term taxation trends and fundamental changes in the tax regimes, both in comparison with each other and to previous years.

Mazars published its comprehensive tax guide that aspires to provide up-to-date information on taxation in 22 Central and Eastern European states for the tenth time. In addition to the Visegrad Group, the guide analyses the tax regimes of the South-Eastern European countries, Germany, Austria, Moldova, Ukraine, and the Baltic States, focusing on changes and trends in the tax regimes.

„This publication will help investors understand the complexities of the various CEE tax regimes by highlighting the latest trends and tendencies that shape them.”, mentioned Dr. Dániel H. Nagy, Tax Director of Mazars in Hungary.

Mazars’ analysis found that labor costs are decreasing in almost all observed countries, but the actual drop size shows significant differences. The basic approach to income taxation also varies in the region: some countries continue to enforce flat-rate income tax rates (such as Bulgaria, Hungary, and Romania), while others maintain significantly progressive tax rates (e.g. Austria, Germany, and Slovakia).

In the listed countries, average labor costs burdening the employers amount to 15% of gross wages. Still, there are significant differences - over 30 percentage points - between the lowest, less than 5% in Romania, and the highest of over 30% (e.g. in the Czech Republic, Poland, and Slovakia). This highlights that tax systems are hard to compare but also indicates whether governments prefer to shift the burden of labor costs to employees or employers.

A more practical way of comparing systems is the so-called tax wedge, which shows what percentage of total income the state takes away in taxes and contributions. It shows the extent to which a tax on labor income discourages employment, i.e., what percentage of labor costs is paid into the state budget in some form. The indicator varies between 15 and 51% in the region, mainly depending on income levels and family status.

The countries in the region show the most significant variation in wage levels. Minimum wages in the V4 countries range between €500-€650; they are significantly lower in the Balkans and Moldova (below €400) and are not comparable to those over €1,700 in Germany and Austria.

The euro-based average wage in the private sector grew by more than 12% on average, totaling 14% and 19% in Serbia and Hungary, respectively. Average gross wages are highest in the Czech Republic among the V4 countries at around €1,300. 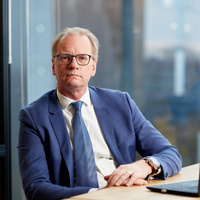 In Romania, starting from 1 January 2022, the minimum monthly gross wage, without including bonuses or other benefits, has increased from RON 2,300 to RON 2,550. When referring to the average salary in the private sector, the value in Romania has reached RON 6,095 from RON 5,429 in 2021. If at the beginning of the COVID-19 pandemic, the main requirement for job seekers was represented by the job stability, now, the rising inflation is a significant challenge.

Value-added taxes have undoubtedly become the prime source of revenue for central budgets in recent years. According to Mazars, this trend might reverse due to the pandemic economic recession, the war in Ukraine, and difficulties in global supply chains.

VAT rates in the region have remained stable over the past year, with standard rates averaging around 21%. The standard VAT rate of 25% and 27%, effective in Croatia and Hungary, respectively, remain exceptionally high.

EU VAT rules are largely harmonized, and many non-EU countries are also trying to align with the EU system.

The examined countries are also putting visible effort into improving the efficiency of tax collection, primarily by implementing new digital technology to combat abuse, as this is where the risk of tax evasion is most significant. Their objective is to monitor all affected transactions end-to-end, detect fraudulent activity and curb tax evasion.

The introduction of online cash registers and online invoice processing proved to be an effective tool in whitening the economy. Hungary continues to play a leading role in digitalization, and the recently introduced mandatory online invoice data reporting system already shows a positive fiscal impact. Similar solutions can be found in other countries of the region too, for instance, in Romania. 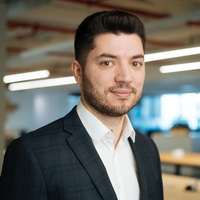 As part of the country’s efforts to prevent and tackle tax evasion, Romania joined the group of EU Member States which started to implement e-invoicing and e-tracking of goods. In the first phase, these two instruments will be mandatory for B2B transactions, and will target specific products prone to tax evasion, with the aim of improving the level of VAT collection, as Romania records the highest VAT gap in the EU.

The listed countries look at the essence of taxing corporate profit from very different angles. There is an over 22 percentage points difference between the lowest and highest tax rate: Germany (31%) and Hungary (9%), with corporate tax rates typically ranging between 15-20%. Only one country has reduced the profit tax (Greece, from 24% to 22%), but it should be noted that Austria also plans to gradually lower corporate taxes from next year.

The European Union is also making a conscious effort to put brakes on the tax race by drafting a common corporate taxation framework in the member states and preventing the use of the most harmful tax avoidance techniques. An essential tool in this effort is the Anti-Tax Avoidance Directive (ATAD) which has been mandatory for the Member States since January 1, 2019. The biggest challenge in recent years for member states has been the adoption of EU regulations, including restrictions on interest deductions. In all EU member states in the region, the previous rules on thin capitalization were increasingly replaced or supplemented by the method tied to the EBITDA-based calculation under the ATAD. The standardization of offshore (controlled foreign corporation, CFC) rules can also be traced back to the ATAD.

CEE countries that apply traditional corporate taxation invariably allow losses incurred in earlier years to be carried forward and offset against a positive tax base in a later year. Still, only five countries allow unrestricted loss carry-forward. The counties also readily apply withholding tax on interest, dividend, and royalty revenues (at a rate of 15%, or even 19-20%), excluding Latvia and Hungary, which still do not impose withholding tax on capital gains. Group corporate taxation is now available in Germany and Hungary; previously, it was only available in Austria, Poland, Bosnia and Herzegovina.

In Romania, the current corporate and personal taxation environment is under the limelight of the Government due to the current economic headwinds and public budget deficit. Consequently, taken by the political discourse in the first half of the year and the legislative proposals in the tax area, significant changes are expected and already proposed for micro-companies taxation limiting the application of the streamlined and low tax system through new rules and anti-abuse mechanisms. Also, the tax regime applicable for businesses operating in the hospitality sector is expected to be completely overhauled from an indicator based system to the micro-companies regime. 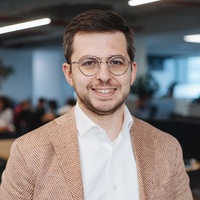 On the personal taxation side, the focus is on limiting the benefit of tax exemptions applicable to specific categories of workers such as those in the agricultural, construction, and IT sectors. Additionally, discussions on changing the flat-rate income tax system with a return to a progressive tax and deductions system are heard more often and may lead in the next couple of years to significant changes, which go hand in hand with the tax authorities’ strategy of significant investments into digitalization. Consequently, Romanian taxpayers will need to be agile, stay informed, and adapt to the changes in the tax system which are expected to happen faster and with a greater impact than in the past.

The OECD’s BEPS (“Base Erosion and Profit Shifting”) initiative drew attention to the fact that tax authorities need to concentrate more on possible cross-border transactions within corporate groups. By 2022, following the introduction of documentation obligations for large taxpayers in Montenegro, transfer pricing regulations have been in effect in all CEE countries but Moldova. In addition, taxpayers operating in the CEE region also had to participate actively in the CBC reporting system. The OECD’s “country-by-country reporting” (CbCR) aims to improve transparency by making the information needed to assess tax risks available to local tax authorities.

Mazars finds that the biggest challenge regarding transfer pricing in the past year was reacting to the impact of the pandemic. The emerging new crisis upset the reasonably expected profit levels, and multinational corporations had to intervene in their pricing structures. It is still a question of how much the tax authorities will scrutinize the COVID hit tax base levels that will fall significantly below those of the pre-pandemic years.

In corporate taxation, the decision by the OECD and the G20[ii] to introduce a global minimum tax forecasts significant changes. The proposal aspires to impose a 15% minimum tax rate on large multinational companies from 2023. Though there may be twists and turns, it is clear that there will be less and less opportunity for multinational companies to lower taxes by shifting profits and eroding their tax base. 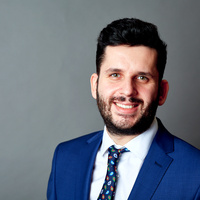 Transfer pricing remains at the forefront of tax audits in Romania amidst the latest regional developments, rise in inflation, and government pressure to ensure an efficient and equitable tax collection.

The tax guide is available at this link: https://www.mazars.ro/Home/Insights/Blog/Business-insights/Mazars-Central-and-Eastern-European-tax-guide-2022.

The online benchmark platform is available at this link: https://www.mazars.ro/Home/Services/Tax/Central-and-Eastern-European-Tax-Guide-2022.

Mazars is an internationally integrated partnership, specialising in audit, accountancy, advisory, tax, and legal services*. Operating in over 90 countries and territories around the world, we draw on the expertise of more than 44,000 professionals – 28,000+ in Mazars’ integrated partnership and 16,000+ via the Mazars North America Alliance – to assist clients of all sizes at every stage in their development.

*where permitted under applicable country laws.

About Mazars in Romania

In Romania, Mazars has 27 years of experience in audit, tax, financial advisory, outsourcing, and consulting. Our strength lies in the people we work with – the local team has 7 partners and 280 professionals.

[i] The Visegrád Group, Visegrád Four, or V4, is a cultural and political alliance of four Central European countries: the Czech Republic, Hungary, Poland and Slovakia.

[ii] The G20 or Group of Twenty is an intergovernmental forum comprising 19 countries and the European Union.

Some of these cookies are necessary, while others help us analyse our traffic, serve advertising and deliver customised experiences for you.